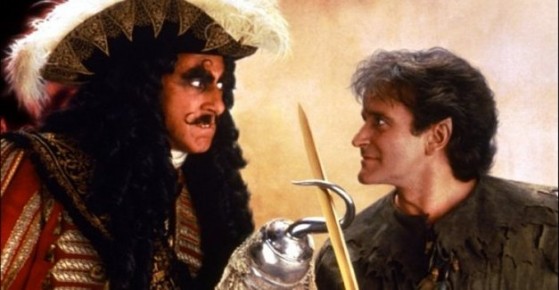 Konstantin Kovshenin posted an interesting piece decrying WordPress theme frameworks1 and the extra amounts of work that they (can) require to get working Just The Right Way. Essentially, his complaint comes down to having to re-learn a system of hooks and filters in order to be cognizant of, if not competent with each of the frameworks in use. Konstantin calls out Genesis, which, to be frank, is the absolute best of the bunch2, as far as I’m concerned. Genesis, whenever and wherever possible, asks “What Would Core Do?” and then implements its innovations in a way as close to Core standards as is feasible.
I’ve actually been bothered by the same thing over time and have noticed that the net effect is that certain WordPress designers and even whole firms tend to pick at most 2-3 theme frameworks to specialize in. This leads to a bit of a “siloing” effect — designers and devs become experts in a certain way of doing things but ultimately end up being at least partly constrained by their choice of framework[s].
This also has the end effect of locking site owners into particular theme frameworks, making migrations and redesigns complicated and potentially expensive in terms of time and money.
So what can be done? I can see two approaches, the merits of which I will discuss below.

WordPress already has quite a few hooks available, in the form of both regular action hooks and an extensive variety of template tags. These provide developers and designers with a consistent set of entry points to target for theme and site customization. If we could convince upstream WordPress to define a standard set of theme hooks, theme authors could code to a Core-supplied benchmark which would allow plugin developers greater opportunities to extend WordPress in new and better ways. Further, this would allow users in general to more easily change their theme-of-choice.
There are (at least) three decided downsides to this approach.

Theme developers agree upon an independent set of hooks

This option makes more sense to me. As I pointed out, these hooks are something that various and sundry theme development shops have taken to implementing on their own because they want more and/or different capabilities than WordPress template tags and action hooks offer by default. Heck, I have quite a few hooks on offer in Elbee Elgee for precisely this reason (all prefixed with lblg_, of course).
By taking this task out of the hands of the WordPress Core, we would gain quite a few advantages:

A simple first step would be to agree upon a standard prefix/namespace for Theme Hook Alliance hooks. I might suggest tha_ as a good place to start. I would also suggest a few simple hooks whose purpose should be quite obvious, such as

Again, that’s just a sampler. I think there are a ton of other points of articulation that would be invaluable.
So, who’s with me in this idea? Am I crazy? Does anyone else see any utility? Who wants to argue over the utility of tha_before_content()?
UPDATE (10:03 AM): Chip points out on Twitter that this idea is not novel: it was discussed over on WP Tavern about three years ago. I think it’s time to resurrect it. *grin*

1Yes, I know the arguments about what constitutes a “framework” versus a “parent theme”. I’m working with the terms in play. Please don’t write me angry letters.
2“the bunch”, here, meaning “commercial and/or widely-used theme frameworks”.
3Do you smell what the Rock is cookin’?
4Yes, I know: gallery shortcodes and widget headers. Please don’t write.

Bonnie Vasko has already posted a brief summary of Wednesday night’s “inaugural” Philly WordPress Meetup, so I thought I’d simply take a moment to document some of the resources we talked about in the “advanced”/developer session. Hopefully some of the other attendees will find them useful.
We talked briefly about

I’m sure there are some other things I’m forgetting to mention, so if anyone has anything more to contribute (or further questions), please just drop a comment.
I’m looking forward to the next meetup!