I had a mini-discussion with Neil Stevens about the genesis of my Mac use, sparked by the news that GNOME is moving to JavaScript as its primary development language. I used to be a strict Linux-only user and tended to look down on Macs as mere playthings. I’ll let the Tweets tell the rest of the story.
END_OF_DOCUMENT_TOKEN_TO_BE_REPLACED

Please understand, this is purely a hypothetical situation and in no way accurately reflects the way I spent a good 15-30 minutes of my life today.

Posting has been sparse — I’ve been busy, busy, busy at Ye Olde Shoppe Of Employment[e] and engaging in family-related matters and thus have had precious little time for blog-related silliness.
I haven’t been so busy as to miss out on some of the excellent entertainment the Internet is known to (occasionally) yield, so please sit back and enjoy the fruits of my “hard” “labor”.
What’s that? You say you want a Samsung commercial thinly disguised as a viral video of 10 awesome optical illusions? Then have I got the video for you!

Good advice for the Democrats from a totally disinterested party, John McCain: END_OF_DOCUMENT_TOKEN_TO_BE_REPLACED

I was listening to this week’s TWiT on my commute in this morning when one of the TWiTs mentioned that they were taking a pass on the Psystar Open Computer (essentially a gray box hacked to run OS X Leopard) because the threat of an Apple lawsuit putting Psystar out of business is simply too great. As the discussion ensued, a question popped into my head: why hasn’t Apple sued Psystar into oblivion at this point? They’ve shown that they will file take-down notices/lawsuits against anyone running product info leaks, so why should a company making money off of illicitly-installed Apple products be free to run its business. Then it occurred to me: What if Apple actually wants Psystar to keep making “Frankenmacs”?
Follow me here. One of Steve Jobs’ first acts after returning as CEO of Apple was to kill off the Mac clone business. He essentially wanted to manage the brand, image and soup-to-nuts experience of Macintoshes and the only way to do so in a reliable manner was to make sure that all things related to the core Mac experience flow through Cupertino. As gatekeepers of the Mac platform, they could eliminate so many of the problems that the exceedingly heterogeneous PC platform incurs — badly written drivers, wildly varying hardware, multiple manufacturers, etc. Now, since the PCs of the mid-90’s were all running on x86 and the Macs of the time running PowerPC chips, no one took much notice. No dedicated Windows 98 user would even think of trying to run Mac OS on his PC — it was just plain impossible.
Then came Mac OS X and the Great Intel Switch.
All of a sudden, PC users took note of OS X. “Hey, it runs on Intel, why can’t we have it too?”, they wondered (“they” even including Dell CEO Michael Dell himself). Apple has never really made too much of a public fuss about the prospect, generally assuming a silent, stoic stance, ignoring all pleas from Vista-beleaguered PC owners.
Add into this mix the Psystar Open Computer. By all accounts, OCs are loud, generically appointed and unable to run standard Apple software updates. They also require a return trip to Psystar’s offices (and at least a $50 surcharge) should anything go wrong. Users cannot install Leopard by themselves (although none of the OC reviews make it clear whether this is by license or by some hardware hackery on their part).
So here’s my conspiracy theory: Apple, Jobs, et al., have decided to let Psystar live on, unmolested, as an object lesson to all PC users desirous of running OS X on their beloved mutant configurations. It makes the unified, well-oiled experience that is Mac OS X running on proper Macintosh hardware seem that much more attractive by comparison while simultaneously exposing folks that might not (initially) want to pay the premium prices legit Macs command. What better way to upsell geeks onto the Mac as a platform than to allow them a taste of OS X, albeit in a gray market, unsanctioned fashion?
The truly deep conspiracy theory, of which I have absolutely zero indicators or proof, is that Psystar is actually operating under the express permission of Apple in order to accomplish the above.
Call me crazy (in this instance, I likely am), but it makes at least a smidgen of sense to me.

Ref. cack vs. the intended “backup” for full humorous effect.
Those who have used vainly attempted to use EMC’s EBS offering on the Mac (particularly Intel Macs) will find this highly amusing, I suspect.

I don’t know if you were paying attention to technology news today, but Apple held a little keynote address at their yearly Macworld Expo at which Steve Jobs announced the MacBook Air, a pretty freakin’ cool piece of ultra-lightweight mobile computing technology. He also announced a free firmware update for the iPhone which adds triangulation capabilities, new “web clips”, the ability to rearrange your home screen and a bunch of other stuff. And he announced revision 2 of the Apple TV with a whole raftload of new features, plus free software updates for existing Apple TV owners that bring them on par with the rev. 2 models.
Then he announced that iPod Touch owners, such as myself, would have to pay $20 for the pleasure of using applications the iPhone has had from the very beginning. Anyone else notice a disconnect? The two devices run the same binaries — there’s no reason that the Touch needed to be crippled (yes, I said crippled!) from the very beginning, except for Apple’s unwillingness to potentially bogart iPhone sales.
Oh, and people who buy Touches starting now get the update for free.
This just continues the recent Apple trend towards hosing early adopters. Pfeh!, says I.
</grumble grumble>

NetNewsWire, by far my favorite RSS/Atom feed reader on the Mac, has gone completely free as of version 3.1. (See the Wikipedia article for the distinctions between free-as-in-beer vs. free-as-in-speech). There’s always been a Lite version of the app, one which limited the feed history to an artificially low number amongst other annoyances. This is excellent news.
Although I have largely moved over to Google Reader for my feed reading needs (due to the fact that I don’t have to worry about syncing items read, feeds, etc., from work to home), this release is enough to get me using NNW again. Sweet!

Firefox users have had access to AdBlock Plus for ages, allowing them to cruise the Web virtually ad-free. Well, no longer do they have a monopoly on the goodness, for Safari AdBlock (Safari 3/Leopard-only) has been released. It’s an easy install and catches pretty much all ads, at least in my thus-far limited testing.
Now if only there were a Camiblock that worked for Camino 1.5+… 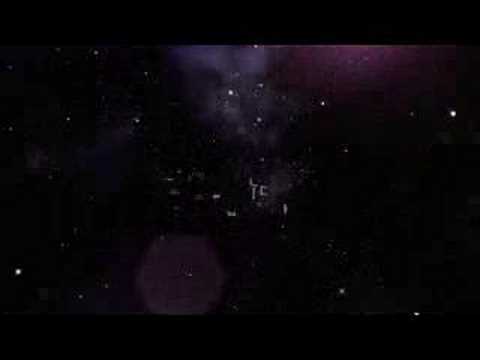 Awww yeah. Our copies arrived at work this morning — this is my first official post from a newly-Leopardized Mac Pro. I’m about to give Bootcamp a spin and my Applications folder is near-pristine, so I’ve lots of work to do.
Onward, upward and Leopard.
W00t!

Time for another mega-sized link dump courtesy of Y.T.
Important things first: Capcom is producing a sequel to Bionic Commando for the next-gen consoles. Awesome. I loved the original NES title, even though its callous lack of save codes or battery backup made it impossible to finish under my parents’ old “only 1 hour per day” limitation on all things Nintendo… (Official site is here, if you’re interested.)
Mac OS Leopard has a ship date, finally: 10/26. Why not glance at the list of 300+ new features Apple has helpfully compiled to help you pass the time?
You may have seen the spectacular explosion of a life-sized X-Wing fighter, but are you sure you’ve gotten the whole story? Here’s the video The Empire doesn’t want you to see: