I’ve studiously avoided posting much in the way of politically-tinged content here for at least a few years — I’ve constrained much of my flip commentary to my Twitter account, but my thoughts on yesterday’s election results exceed that limited format, so if you’ll bear with me for the span of a post, I’d like to jot down some of my thoughts/reactions.

All-in-all, it was far from my ideal night, particularly in regards to the Senate results, but I’ll certainly take the statehouse results over the alternatives.

My talk went very well today, I felt. Surprisingly, I wasn’t nearly as nervous as I thought I’d end up, though I did end up with a fearsome case of drymouth.
Here are the slides I presented from:
Making WordPress Work At Work

This requires at least 9 viewings in order to realize its genius:

I hate to say it, but they’re likely to lose a mint on this idea.

made me think of the following Weird Al video:
http://www.youtube.com/watch?v=Nej4xJe4Tdg
Genius.

Excellent. Just don’t try to hit the website mentioned at the end of the video — looks like the DNS registration expired and a pharma scammer/spammer took it over…

Count with me, please, exactly how many truly, deeply geeky things are incredibly right about this piece.

END_OF_DOCUMENT_TOKEN_TO_BE_REPLACED

Bonnie Vasko has already posted a brief summary of Wednesday night’s “inaugural” Philly WordPress Meetup, so I thought I’d simply take a moment to document some of the resources we talked about in the “advanced”/developer session. Hopefully some of the other attendees will find them useful.
We talked briefly about

I’m sure there are some other things I’m forgetting to mention, so if anyone has anything more to contribute (or further questions), please just drop a comment.
I’m looking forward to the next meetup!

Yowsa. Arduino + a heaping amount of German ingenuity For. The. Win. 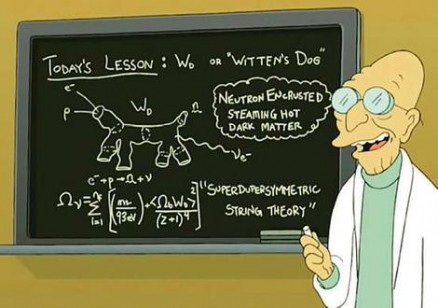 I’m extremely excited to announce that I have agreed to take a position with the Children’s Hospital of Philadelphia (aka CHOP) starting in early August. I will be working as a senior Linux administrator in their research department and will get a chance to ply my trade in pursuit of gene sequencing and population studies in a high-performance cluster environment.
It’s definitely a bittersweet moment for me. This ends my just-under-two-years foray into self-employed IT contracting and, though I have enjoyed my time as an independent IT guru, I welcome the return of paid time off. *grin* I’m sad to be leaving my friends and compatriots at my current facility but am really excited for what the future holds.